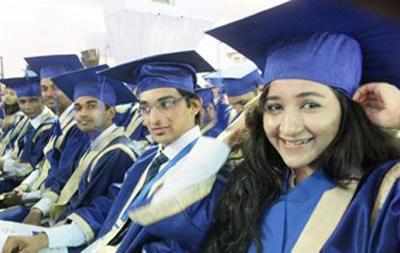 The Indian Institutes of Technology have decided to admit more women from the 2018 session.The decision is taken to address the slump in number of female students entering IITs,It has also been decided that seats vacated by women will be filled by other women.

NEW DELHI: In order to address the decline of women candidates at the premier engineering institutions of the country, The Indian Institutes of Technology have decided to admit more women from the 2018 academic session. The decision was taken at the Joint Admission Board (JAB) of the IITs on Saturday. The board approved a quota of supernumerary (over and above the actual intake) seats for women in a phased manner, reaching up to 20% by 2026.

Around 8.8% women were admitted to IITs in 2014, and the figure went up to 9% in 2015, but in 2016 it came down to 8%. Concerned by the slump in number of female students entering IITs, the JAB set up a panel under the chairmanship of professor Timothy Gonsalves to find ways to rectify the situation in the institutes.

"The supernumerary quota has been created to combat gender imbalance. Already the number of female aspirants taking the entrance is less. Even if they don't qualify under general category, women will be admitted through the supernumerary quota," said a member of the JAB.

The 20% supernumerary seats — which will be implemented in a phased manner —will be filled by women candidates who have qualified Joint Engineering Entrance (Advanced). Also, they should be in the top 20 percentile in their respective board exams," said a senior official of the ministry of human resource development, who was present in the meeting.

This will however not affect the existing number of seats for male candidates as the supernumerary seats will be additional seats reserved for female candidates.

At present only 8% of IIT students are women. The IIMs too witnessed a three-year low of gender diversity in 2016 despite ongoing efforts.

The supernumerary quota will start at 14% from 2018. It has also been decided that seats vacated by women will be filled by other women.

The committee has also recommended long-term measures to be taken at the school level so that more girls take JEE (Advanced). There has been a two percentage point dip in the number of girls who cleared JEE (Advanced) in 2016 as compared to 2015.

"This is because girls are not encouraged to have extra coaching and that is one of the reason why even those who are interested could not qualify," said another HRD official.